What Brownie Wise started: How to sell to women... 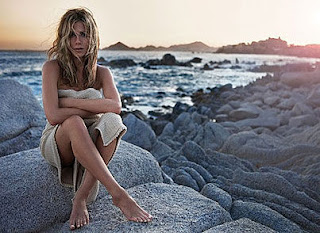 Jennifer Aniston has her own approach to selling perfume to women...
image: celebuz.com
Note: only mildly perfume related....

OK, so I .... apologize to those of you who read this post yesterday and thought: WFT? If you were there, then you know that I sort of left you in the dark; dear readers, I didn't really connect all the dots in my story. But there is a coherent thought process here, so I came back and did  little re-editing to explain everything a little bit better today.

OK. So I  .... found a box. Inside the box was another box, which held four little bottles of perfume. Each of the bottles bears the name Viviane Woodard and contains a different perfume: Apertif, Les fleurs Enchantees, Pensees and Primeval. 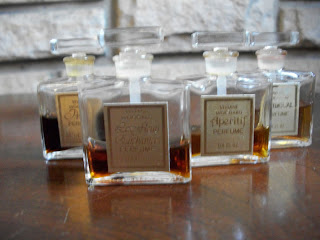 Even before smelling the first one, I asked myself: "Who was Viviane Woodard?" I'd never heard of any designer bearing the name yet it still seemed familiar. Plunging forward, I discovered the Viviane Woodard website according to which:

"In 1958 a new company was formed by businessman Gordon Woodard and chemist Ernie Bridgeman..."; it goes on about the beginnings of the company but nowhere is there any mention of the woman who helped get the company up and running. This silent third partner, who had a hand in everything, especially deciding which products to sell, and how those products would be marketed and sold, was none other than Brownie Wise. 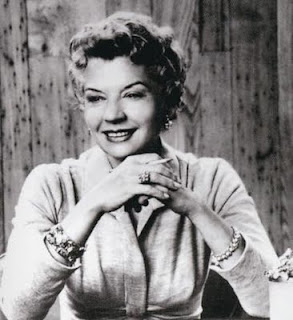 Brownie Wise;
image: magicalhystorytour.com
Brownie Wise was already famous when she joined Woodard and Bridgemen. In fact, she may have been one of the most infamous business woman in America at the time having just been fired very publicly from the number two position at Tupperware. But Brownie was a fighter. She bounced right back and soon joined up with the boys over at Viviane Woodard, a small would-be Florida based cosmetics firm in its infancy. Woodard had the backing money, Bridgeman had the chemical expertise and a sure-fire formula for a light weight, super moisturizing face cream, but it was Brownie who knew what women wanted and most importantly, she knew how to make money giving it to them. Her plan was simple, cheap and smart; she recruited a few of the girls who used the stuff, and they sold it to their friends. But who was Brownie Wise? 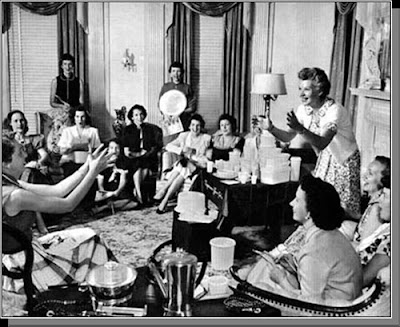 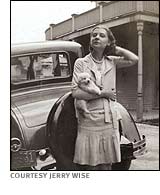 Brownie Wise, aka Brownie Mae Humphrey with her dog, late 1920s.
image: PBS.org/TUPPREWARE!
Born in Buford Georgia in 1913 to a hardscrabble life, Brownie Mae Humphrey used what little she'd been given, her good looks and charm, to help her escape from a neglected childhood and later, from an abusive marriage to a vicious drunk. 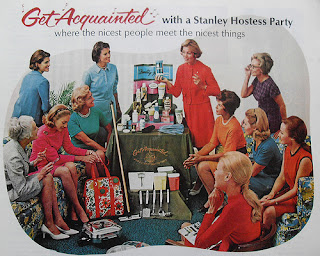 Stanley Home Party Advertisements
Brownie got her first taste of home selling when she discovered Stanley Home Products. Stanley was a pioneer of the direct sales approach and soon Brownie and her mother were pitching cleaning products and brushes through in-home demonstrations. Seeing the potential of the approach but less than inspired by the bulky wares that had to be lugged door to door, Wise moved on in 1950 when she discovered another type of product: light weight plastic containers being sold through retail markets as Tupperware. 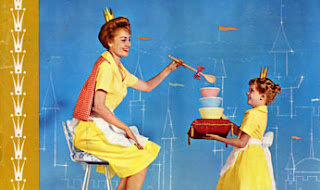 Tupperware Parties, little girl wishes...
image: scrubbles.net
Brownie didn't invent the product but she knew how to sell it, by throwing what she dubbed "Tupperware Parties". She knew women could sell the products they used every day, in their own homes, better than anyone else, and she turned that knowledge into a way of life. Tupperware parties fit into the suburban landscape of the post-WWII American. Women could walk to a neighbor's house with a little pin money and come home a few hours later, full of new ideas, recipes and products, plus all the gossip, tea and sympathy they could stand. It gave them a reason to dress up, get their hair done and yes, even wear a little perfume. It was fun and best of all you could even earn some money yourself, if you wanted to... 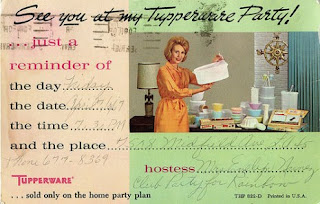 image: dangerousminds.net
Tupperware sales increased 300% the first year Brownie came on board. She  turned Tupperware into an icon of American know-how and ingenuity, taking the business model she'd begun to develop at Stanley. Her pyramid-like motivation schemes were hugely successful even if her spending habits and wild parties grated on Earl Tupper's nerves. 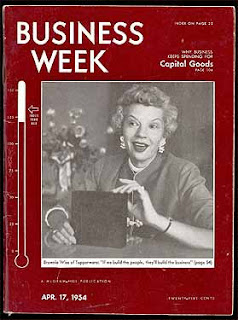 Brownie Wise, the first woman ever to be featured on the cover of Business Week
Image: goretro.blogspot.com
Things began to deteriorate soon after Brownie appeared on the cover of Business Week in April 1954. Within three years she and Earl parted ways; he complained at the time that the final straw occurred when Brownie used a Tupperware bowl to water her dog! Brownie was unceremoniously dumped but didn't stay down for long; 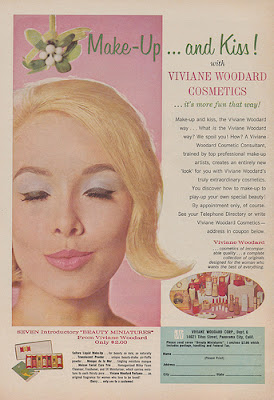 image: flickr
Again Brownie did not get on well with her partners and by 1962, she'd decided to move on. Viviane Woodard only continued to produce perfumes for 5 or 6 years after Brownie left. The face lotions and creams were the real interest of her partners and these have been the focus Viviane Woodard Cosmetics ever since. For several years, Viviane Woodard cosmetics and perfumes have been available to consumers for direct purchase through an online website and store, rather than through in home sales. In the current official company history there is no mention of the companies past selling practices or of their old partner Brownie Wise ; you can read more at www.vivianewoodard.com. 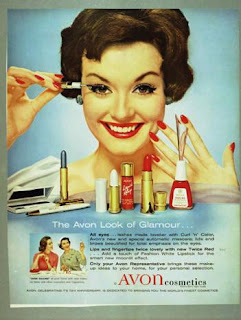 "Host an easy-peasy Avon Party"
image: independence-missouri.oxl.com
Wise went on to co-found several other cosmetics and perfume companies, all trying some variation on the direct sales approach. Yet as much as she tried to branch out into the world of cosmetics, nothing ever topped Brownie's time at Tupperware. Despite her lack of personal success in business the sales method Brownie Wise developed- that of women selling direct to other women, and the concept of try and buy personal care products in home- became the model for many successful cosmetics companies including Avon (although they have their own history of direct sales as well), also Arbonne International, Beauticontrol, Jafra, even some perfume specific companies: Scent-Sations Inc and Scentsy and especially Mary Kay, who elevated the direct sales approach that Brownie pioneered, into a fine art. 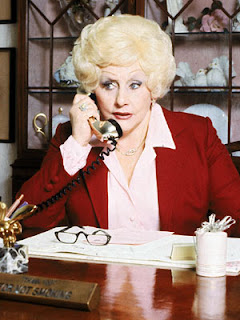 The one and only Mary Kay at work.
image: kilnssha.edu.ms
The Vintage Perfume Vault, where the scent of yesterday's vogue lives.
Posted by Amelia at 12:56 PM