A Short History: The House of Dana Perfumes 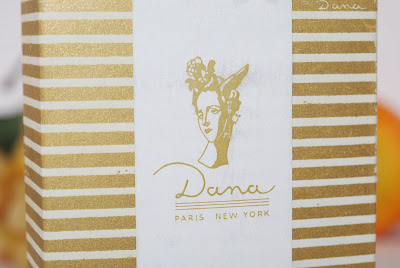 Dana Perfumes – The History:
The House of Dana was founded in 1921 by Javier Serra in Barcelona, Spain. Serra had worked previously as director of Myrurgia but he left there to open his own house. Serra chose the name Dana for his business because it was short, good sounding in all languages and could be easily tied to perfume and beauty themes- according to the Museu del Perfum, Dana was: "in Greek mythology the nymph that was planted flowers along the Mediterranean. Dana in ancient Egypt of the pharaohs, was the name given to women who are distinguished for their beauty. Dana in Afghanistan means sweet awakening. Dana is the name of an island in the Pacific, where, apparently, the youth has no sunset. Dana in the old and mysterious Basque language, means success." Furthermore, Dana means white pearl in Arabic and in Buddhism, Dana refers to the practice of generosity! For the company’s logo Serra chose a dramatic Greek-inspired Art Deco drawing of a woman's head taken from a sculpture by Mariano Andreu. He also engaged the most talented perfumers to create original scents according to his requests and packaged his products gracefully. 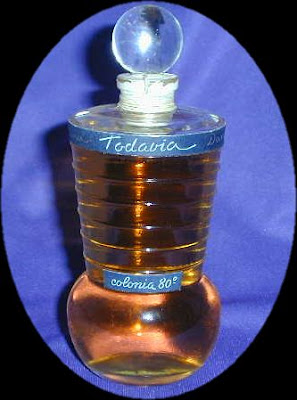 He was set to compete with the best in the world so on August 22, 1932 Serra released to the world the first Dana perfume, Tabu. The House of Dana, located in Paris went on to release a string of nearly 50 original perfumes through the 1950s, among the best known in the USA are Tabu(1932), 20 Carats (1933), Canoe (1935), Emir (1936), Platine (193x), Sirocco Donna (1942), VooDoo (194X), Priorite (1949), Imposible (1950) and Ambush (1955). Jean Carles who had composed many outstanding perfumes of the modern era such as Shocking de Schiaparelli, Ma Griffe and Miss Dior, created three of the early Dana perfumes: Tabu, Emir and Canoe. (The perfumers who made the many other of his early perfumes have seemingly been forgotten.)

Benckiser, a German family-run company that produced mostly chemicals and soaps acquired Dana at some point in the 1980s. A few of the more popular Dana perfumes were still produced but the Benckiser group finally sold what was left of Dana to Renaissance Cosmetics Inc in 1995.

Renaissance had begun as a pet project of Thomas Bonoma’s. Bonoma, was the former head of Harvard's MBA program and a well thought of marketing expert. He was especially interested in perfumes and had an idea that if he purchased as many small ‘Mom-and-Pop' cosmetic companies (those who’d created successful perfume products but that had fallen out of production) as he could and new products under the familiar names of those old favorites, he would tap into consumer nostalgia- and find a ready market for the companies new goods.

Soon after taking over the Cosmar Corp in 1994, Renaissance began to get into perfumes. First they bought 12 fragrances from Houbigant. Things went well and the company went on an “acquisition binge” in 1995 at which time they acquired Dana. The company had planned to grow the brand aggressively. But in 1997, at the age of 50, Bonoma, the company's founder and visionary, died suddenly. The company soon floundered and by 2000 it had been put up for auction. However, Dana didn't languish; a private Florida investment group snapped it up right away and 'New Dana' was born. New Dana continues today to produce many of the best loved “classic perfumes” that you can see in mostly drugstores and cheaper department stores throughout America and Canada. They have continued to expand their catalog of lower-end fragrances with the addition of more recently discontinued releases. Some of their most popular current scents include Love's Baby Soft, Navy, Toujours Moi, Chantilly, British Sterling, English Leather. They even make perfumes named for 2 reformulated Canoe and Tabu.
Posted by Amelia at 6:11 PM

Well, perfume products is a human attractions but of course if the love potion help a lot,why not using it.