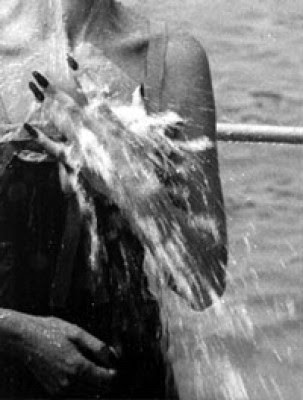 There is a very interesting thread on a favorite vintage perfume of mine called Geminesse at Perfume of Life titled: In Search of Max Factor Geminesse(http://www.perfumeoflife.org/lofiversion/index.php/t25815.html). In that link, perfume lovers lament the loss of this scent and try to come up with suggestions of similar scents. Since Geminesse remains wildly popular yet rare and hard to find, many people would like to find a substitute. To get you started thinking about it, Geminesse is in the beachy and fresh aromatic realm of scents but there really aren't any modern perfumes I could compare it to. It is light and fresh in a totally different way than today's overly sanitized, ozonic and watery marine ideal.

In fact, today's perfumers might want to take note of how popular and really well done the older marine based scents were (and seemingly without the all too common water note of today, the molecule Calone!). Edit: I assumed Calone is newer than it is but turns out it was discovered by Pfizer in 1966, although I do not smell it in Geminesse. It is one of the unusual perfumes that represented the idea of a warm herperide-aromatic-marine scent for women. The mid stages of leather-floral mix found in Geminesse sit on top of a mild musky and ambery base, so there is an almost oriental feel to it as well, but the feeling it gives is much lighter and more transparent than many modern oriental scents. In 2008, someone started an online petition drive to bring Geminesse back, see http://www.gopetition.com/petitions/bring-back-geminesse.html. Sadly this movement never got off the ground and right now the petition has stalled with only 50 signatures but maybe they could use a few more?? (Hint, hint.)
Notes listed for Geminesse over at Basenotes include jasmine, rose, ylang, muguet and tuberose supported by vetiver, oakmoss, amber, musk and leather. Given that list of notes, some people surmised Geminesse might smell a lot like Bandit since the list of notes is very similar. But the notes listed for Geminesse do not give a good picture of it. For one thing, lavender is perhaps the most prominent note in the composition but strangly it is not listed as a note anywhere! In fact, Bandit and Geminesse could hardly be further apart in spirit. Bandit puts its leather upfront and center- black and stiff and the whole perfume is done in a somewhat harsh, haute couture style (which I also happen to love) but Geminesse is much more relaxed- a hippie-dippy sort of leather, more like that of a soft, hand-tooled leather purse than Bandit's kinky mask and gloves routine. 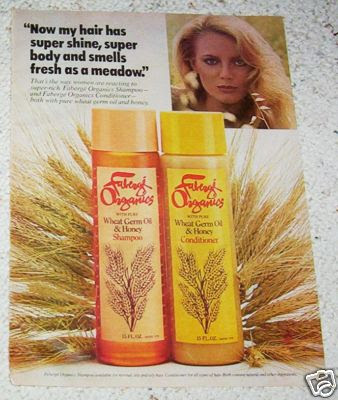 The aromatics create a soft lemony haze that surrounds Geminesse, making it incredibly comforting to wear. I understand it was maybe not so popular here in the US originally(?!) but it was apparently a hugh hit in Europe and London in particular... Strange really, since it smells like exactly sort of thing a quintessential California beach-girl from 1973 would want to wear. It is very wholesome and actually smells very similar to the original 1979 Fabrege Wheat Germ Oil and Honey shampoo, if you remember that one. 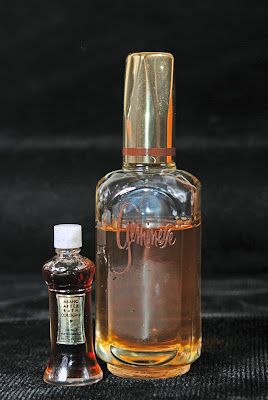 In fact Geminesse smells similar to scents in the family of soft citrus, green and leather tinged chypre (the ambery oriental aspect is lighter, laid over that base). It really is wonderfully done, projecting a citrus, powdery and meadowy fresh vibe at the same time, recalling Jean Patou's Moment Supreme and especially resembling Prince Matchabelli's Abano more than any other scent I can personally think of...

Of course these perfumes are rare scents, all highly sought after. For comparison sake, Abano's notes are listed as oakmoss, orange, patchouli, lavender, herbs and grasses. Honestly those notes give you a much better picture of Geminesse than the much notes I found listed from Basenotes. 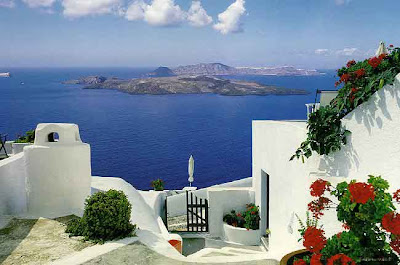 Of the three scents (Geminesse, Abano and Moment Supreme), Abano is actually the fragrance I most prefer - the citrus is just a bit greener and for some reason Abano has a mouth watering effect on me that I crave sometimes, but the other two are excellent perfume compositions. Geminesse is a stand out for me because it comes from the workhorse of cosmetics in American movie business in Hollywood's Golden Era, Max Factor. The brand was born in 1965, incvluding the perfume making it safe to say that Geminesse was not a modern Calone spin-off but an old school perfume with great bones. Both Abano and Geminesse were Mediterranean inspired. Abano being the name of a resourt town in the mediterranean and Geminesse showing its Grecian influence in the classic Greek art work that adorned early bottles. Each of these represents the extinct ideal of the European resort scent, a beachy, vacation scent but not made to reflect Miami or Tropical Pan Asian Island areas. Obviously marine scents can be handled in as many different styles as there are shore lines. Clean aromatics, vetiver and musky leathery notes were used instead of fruits, white flowers or big synthetics... to create the impression of wind and surf, transporting us back to the place where warm sun and the salty tang of sea air kissed the skin as fingery breezes teased one's hair. Geminesse takes you to that kind of a place, too so it is no wonder the scent is sorely missed!

Where have you been? I love your blog! I check out the other perfume blogs every day but the truth is Vintage is my passion. I'm always looking for them to the point that the local antique dealers now keep them around for me instead of tossing them out in the trash. I have also gotten them to NOT empty a pretty old bottle of its contents just because it's old. I have enough to last 5 lifetimes but they are my best treasures. I now have you bookmarked & I'll be back! Happy Perfume Hunting!!!

Thank you for your kind comments and welcome, we feel the same way! You are so smart to go talk to the antique dealers, and let them know they need to preserve the contents of the bottles. Good luck, happy humting and let me know what you find:)

Wow...you do travel the vintage route well! So glad to have found you and your blog.

Wheat germ oil and honey shampoo...I had forgotten that, but it was a mainstay for a number of years...funny to realize now I'm *eating* flax seed oil and wheat germ out of bottles...

Great article! Stumbled across this looking for Geminesse for sale. Thirty five years ago I was in love with a woman who wore Geminesse. My pulse still races at the thought of the Geminesse fragrance. Thanks.

Perhaps I was that woman! I would have been 22 and wore Geminesse exclusively. Would love to get some today!

Great post -- I loved the b&w print ad with the 2 1/2" fingernails! That says Seventies to me better than anything I've seen in a long time. I remember that Cher had them then. Also remember the smell of the wheat germ/honey shampoo, but not Geminesse, for some reason.

I am a former Californian, lived at the beach all through the 70's, and to me it is the smell of Ban de Soleil (the orange, greasy "gelee") that brings back that time and place.

Back in the 1980's I knew a beautiful young Israeli woman who wore Geminesse. I usually don't like smells, but Geminesse was intoxicating on her. I'm not sure if it would smell as great on anyone else, but I'd like to get some and give it a try.
In searching the internet, I found a site (http://www.100perfumes.com/forums/Perfume/m18372.htm) where the last poster (on 12/16/2008) states that Max Factor had sold Geminesse to Dana Classic Fragrances. In looking at the Dana Classic website (www.DanaClassics.com), it doesn't look like they are producing Geminesse yet. Maybe some inquiries to Dana Classic Fragrances will reveal whether they have indeed purchased the rights to Geminesse, and if so, when they plan to produce it.

I was born in 1976. My father gave me the middle name "Geminesse" and I never knew where that name came from until recently. My mother told me where and I have been searching for a unused bottle on the internet every since. I think it's a beautiful name!

I just saw about 6 bottles of Geminesse at TJ Maxx. Just thought I'd let you know...

I just found one full 2 oz spray bottle of Geminesse cologne on ebay. In the box! I purchased it immediately! I am going to give it to my wife as a gift for Mother's Day. She will be ecstatic. It was the first fragrance I ever got for her (before we were married) and we have been searching for it a long time.

There are about 30 Geminesse miniatures on Ebay right now. I got three of them.

Hi! I currently have Geminesse perfume for sale on eBay and i am also open for private offers! My Email address is kirstie123@hotmail.co.uk if anyone would like more information! Thanks