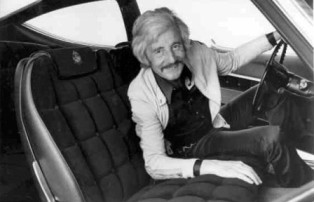 Oleg Cassini lived 1913- 2006. A Russian immigrant famous for dressing Jacqueline Kennedy throughout her Camelot years, Cassini went on to make a fortune licensing his name for everything from sunglasses to housewares. He was married to movie star Gene Tierney, among others.  After his divorce and subsequent remarriages Oleg needed to grow his business and as early as 1978 he lent his name to this pair of Jovan perfumes: 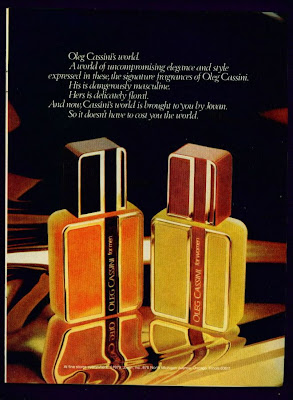 vintage ad browser
These first Cassini fragrances released in 1978 were early examples of "designer fragrances" in what has now become a ubiquitous category. In 1990, Oleg came back to fragrances to release his first independent scent named Cassini by Oleg Cassini for Women. Often simply called Cassini, the current version of this perfume is classified as a sharp, woody, mossy fragrance.  I haven't smelled the newest reformulations. I am reviewing the original, shown below. 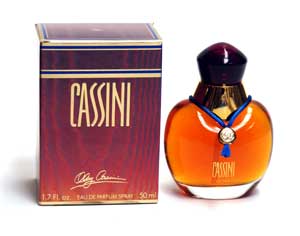 These ingredients create their own story in a parade of notes: green apples and ivy, soap and nail polish, roses and gardenias, sweet champagne. Thanks to plenty of patchouli, musk and vetiver it doesn't turn completely foody on me but it is sweet. It smells most distinctly of strawberry incense and bubble gum making it an off beat choice, and a humorous favorite of mine. 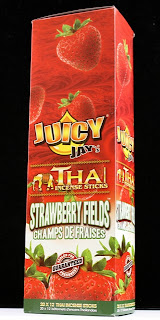 After a single spritz of the original eau de parfum I continue to catch small puffs of it throughout the day or even better, evening. 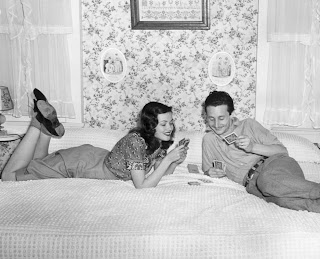 Above, a young Oleg with Gene Tierney and below... 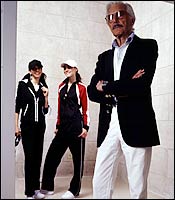 Oleg Cassini circa 1980s from sportinglife.
No matter what, Oleg knew a thing or two about how beautiful women should smell!

The Vintage Perfume Vault, where the scent of yesterday's vogue lives.
Posted by Amelia at 6:28 AM

I am wearing Cassini right now and even though its hot where I live , its wonderful. I would say its very "hippy" if you know what I mean and fabbo staying power!
I often wonder what Jackie wore scent wise - I have read she wore Jicky - which I adore too .

I'm currently reading The Way She Looks Tonight, by Marian Fowler. According to Fowler, when Jacqueline Kennedy was First Lady, she had Oleg Cassini copy clothing designs from the Paris designers. He created more than three hundred outfits for her. Not only did she give his career a rocket-like boost, but she would appear to buy "only American fashion" while having what she really wanted--French designs! It isn't clear to me whether this was Jackie's sensibility toward politics, or something Jack had dictated.

lady jicky: Sorry I missed reading this when you posted but I've been wearing it non stop since posting. What a treat- you're right about the staying power and the hippy vibe. I think it is a compliment; it smells like a rich hippy shall we say, and in the very best way.

I agree though, maybe not so perfect for Jackie Kennedy. I always think of her wearing something green... Jicky would work beautifully for her, too!

queen-cupcake: thanks for filling us in on some of those critical details- I often wondered if Cassini didn't 'recreate' French looks for her- a la American style. And in any case, we can always have fun speculating about the perfumes;)