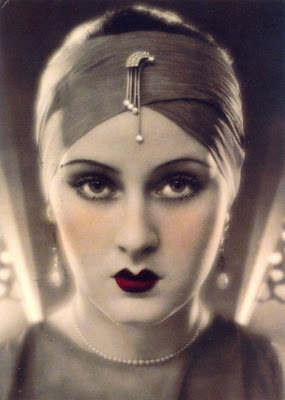 NOTE: edited 3/26/11-
Today I'm wearing the lovely Eau de Desir or EdD (2008) from nose Delphine Thierry. EdD has a strongly appealing retro vibe. It comes to us from Chantelle Beaute, the cosmetics line for Chantelle Lingerie (18. Eau de Desire is one of a line of four scents although I haven't tried any of the other fragrances. It was originally written about online by The Scented Salamander here.

Eau de Desir has been around for a couple of several years but with distribution limited to brick and mortar Chantelle retail locations; frustratingly, you can't seem to purchase it anywhere at all online. Chantelle Carré Sénart has been mentioned specifically as carrying the line so if you know someone who lives nearby, perhaps you can have it sent to you. Otherwise, chances are slim of finding it here in USA. Despite this limitation, Eau de Desir has already gained a cult-like following of admirers looking to re-purchase it. 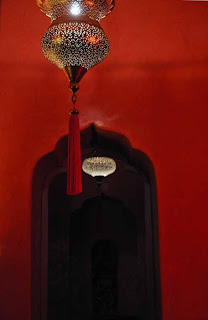 From The Scented Salamander:


Eau de Désir is symbolized by red and announces an universe of "daring seduction". The perfume is described as a gourmand and sensual fragrance. Top notes are fruity with notes of yellow plum (mirabelle) and mandarine followed by a tender core including notes of chocolate, incense, rose, benzoin, and cumin. Base notes are amber, patchouli, cedar, and a soft vanilla.... 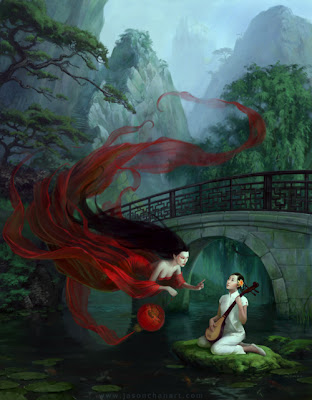 (edit: I have since found alternative note list featuring jasmine and I smell jasmine prominently.) I nearly passed on this scent- having tested it, I promptly smelled the chocolate and musk, thought about Musc Maori and rejected it as being too similar to MM to merit much attention. But within probably 30 minutes, the plum began to assert itself and the base notes began their seduction. Within two hours, I'd actually made my way back to the store to purchase it; I haven't looked back since. Honestly, I get a gentle thrill each time I apply it, waiting for the perfectly ripe plum to make it's appearance. Set against the cradle of smooth rich chocolate and benzoin/incense, the plum is just perfect- dusted with the lightest touch of spices. I do not smell the cumin at all- just a succulent, spiced plum, kissed with jasmine, rose, amber, patchouli and cashmeran soft touches of cedar wood. 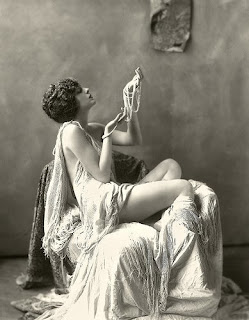 Billy Dove
The eau de parfum wears like a very feminine rose-powder boudoir scent that's been fluffed up with plenty of skin-loving musks. I usually like plum in perfumes. Here it reminds me a bit of Marcel Rochas' Femme but this one is far more tender than that perfume. Patchouli, cedar, vanilla, amber form the delectable gourmand-oriental base, while incense, cumin and benzoin give it a Middle Eastern flavor. Eau de Desir combines relaxing scents associated with cosmetics and toilet rituals, pairing them with those used in seduction, to create a lovely, diffusive scent that is as perfect for date night as it is for a comforting bed-time, after bath scent.

Email ThisBlogThis!Share to TwitterShare to FacebookShare to Pinterest
Labels: Chantelle

I had never heard of Ea de Desir before your post, but if it's everything you say it is, no wonder it's got a cult following.

"...a succulent, spiced plum, kissed with rose, amber and cashmeran touches of wood." Whoa! Sends a gentle thrill up my spine, too, just to hear you describe it. ;)

(That would be Eau de Desir of course. I can't seem to type a comment these days without making a couple of typos!)

Suzanne: Thanks for commenting. I've written the company asking for more details about possibility of purchasing online ...I'll post if I hear anything further:)