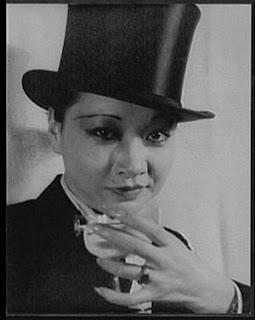 The real star of Ralph Lauren's perfume line-up, at least for me, is his 1979 release for women called Tuxedo. It's bottle, a twin to the original Lauren but done in black with a red applied color label.  Tuxedo did not have too long a run before it was discontinued. Given the name and understated packaging, people may have assumed it was a man's scent; I guess the sweet floral meets buttery leather did not sit well with most of them.  The testers probably sat on counters ignored so Lauren quickly moved on. 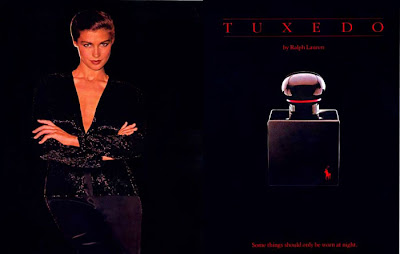 That's a tragedy, since Tuxedo is one of the most stunning and flat out gorgeous leather scents I've come across. According to Irma Shorell of Long Lost Perfumes, the notes for Tuxedo are: 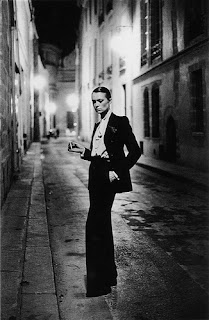 I'll admit my sample, which is the Ralph Lauren version of Tuxedo, is more than a few years old.  But others who smell the Irma Shorell version describe this scent as being very sweet and green. Those notes are not so apparent to my mind. Yes, there is sweetness in the leather; and yes, that deep darkness smells more green than black, but it's really all about the leather. I came across it assuming Tuxedo was for men and wore it greedily, thinking how cool it was that something 'made for a man' sat so well, so deliciously on my skin. 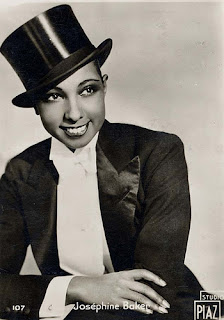 I was really impressed to discover that Tuxedo had been conceived of for women. Can you imagine a sexier type of scent then something that makes you smell as if you've just been snuggled against the leather clad chest of a super-hero and are now wearing some of his manly-man scent on your girly-girl decolletage? 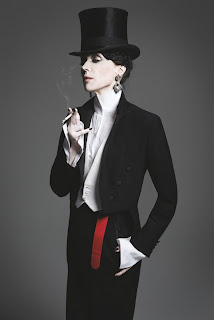 I'm also very partial to tarragon. In the garden it tastes and smells similar to fennel or anise but in perfumes it brings forth more green and aromatic facets. Schiaparelli 's Shocking is another perfume where I really detect and enjoy that touch of tarragon. Ylang-ylang and jasmine bring out the buttery facets of the scent.  Exactly which notes create that impression of oh, so soft leather, I don't know. Perhaps something else, unmentioned, is responsible because I don't 'see' leather, looking at those notes. The scent is much more exciting to my nose than the listed notes let on. 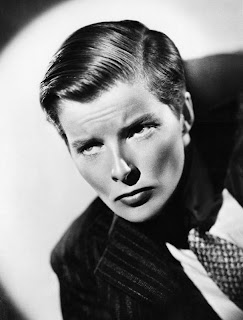 So now that Mr. Ralph Lauren has all the money, and his empire has been rejuvenated by the 'big pony' - I wonder if he's ever looked back or thought about reprising the one that got away-Tuxedo. Could it be done? Probably not- since the push today is for new, new, new. For a while, it looked like maybe the perfume bloggers and perfumistas might have their way, to exert some form of pressure on the perfume market at large. Maybe there could be a dialog? But instead the marketing teams answered back with deluges of new releases. Recycled releases are OK, too, but only as long as they serve the company's own agenda. Those tactics have managed to quell most of the foolishness of consumers trying to talk back to the machine. But if by some miracle, if Lauren re-released Tuxedo- would it make any difference? 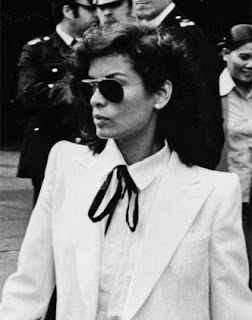 Are we ready for Tuxedo now- today? Truth is, we (I speak of the huge market share that Ralph Lauren would be aiming for) aren't. And Lauren? He (or his controlling interests) wasn't, isn't and would never play at the niche game. Decisions at that level come down to volume driven formulas. 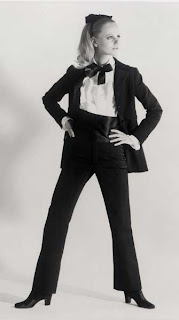 Tuxedo is part of the exceptional zeitgeist of its time. Lauren must have envisioned an androgynous, brave new world dawning, one where men and women would play openly, elegantly at changing roles. I remember: Grace Jones, David Bowie, Boy George, Prince- it felt like we were almost there for a minute. But then AIDS happened and that ideal didn't have so much appeal anymore. People took their freakery back underground. Wall Street and Republican conservatism hit back hard in the next decades- there was more money to be made elsewhere. Most of the big players, took this sea-change in American culture to heart. Lauren was no exception; he struck a tone as an arbiter of wholesome 'family values'. 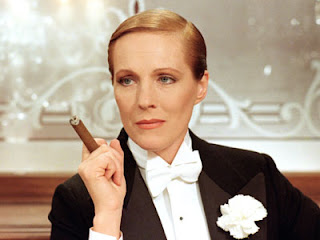 So Tuxedo was, is, and always will be a niche creation. But what a lovely vision. And so perhaps it is fitting that Tuxedo is destined to live on as only a memory glimpsed here and there, and in the twilight zone of the Vintage Perfume Vault. 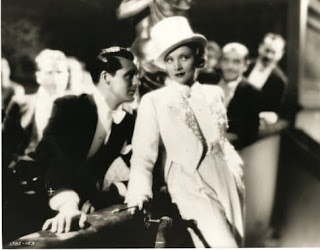 The Vintage Perfume Vault, where the scent of yesterday's vogue lives.
Posted by Amelia at 9:26 AM

Beautifully written and spot on!

I had never heard of Tuxedo...not particularly notable, as I am the odd late-bloomer perfume person...but boy, I'd like to meet it now. Have been talking about leathers in a few places over the last week, and this--flowers and *tarragon*!--is really piquing my interest.

Which is, of course, why your wonderful posts are such a danger to me. For some reason, I can enjoy a rhapsody about a current release and not feel the magnetic pull that certain vintage reveals have.

Enjoyed all the pictures; kind of threw into relief how unfierce Bianca is when compared to Kate... :)

Donna- thank you thank you and great to hear from you.
Hugs!

ScentSelf: Kate is all kinds of fierce when she does handsome; her 'pretty' look never really fully convinces me. And don't sweat the Tuxedo, as they say, there are more fish in the sea than either you or me...
But if a bottle happens to fall in your lap... don't forget to let us know (so we can beg...lol)!