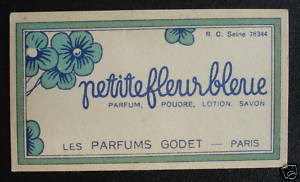 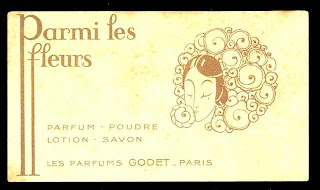 (images: worthpoint)
Godet Parfums existed during the golden Art Deco era of Modern perfumery.  Conceived at the dawn of the 20th century in 1901 (some sources claim 1907 as the establishment date) and founded by Julien-Joseph Godet, the house released a profusion of new perfumes throughout the late 1920s.  It appears Godet was dormant during the 1930s and 1940s but may have been briefly resurrected, or possibly bottles of an older stock appeared and were marketed as new, as late as the early 1950s. Godet presentations were well produced; many were housed in numbered Baccarat Cristalleries flacons with artfully lables and highly detailed boxes.
The perfumes must have earned for themselves a good reputation; several were admired enough that they were acquired, rebranded and sold by other houses.  History tells that Julien-Joseph died in 1913, leaving his wife Louise and Godet's director Abel Ravaud to carry on the company.  Ravaud was married with children at the time and it appears the relationship between Mrs. Godet and her new partner was purely one of business.  Nevertheless the two must have gotten on well because Godet went on to produce their most successful perfumes after 1913. 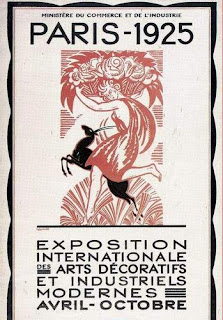 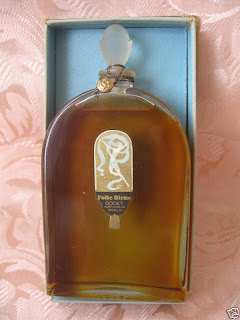 (images from cmanas.files.wordpress and cgi.ebay.)
The house eventually won a gold medal for their perfume presentations at the influential 1925 Paris Exposition Des Arts Décoratifs.  In fact, from this exposition the term Art Deco was coined.  The gold medal win was an important achievement for Godet.  The exposition was an international tour-de-force in which France staked a claim as the arbitour of good taste and high culture in a post WW1 world and you can bet they only sent their finest product to be judged in that arena. 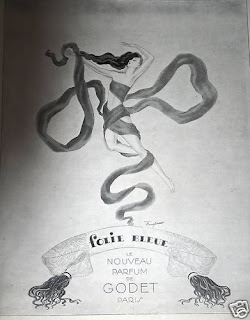 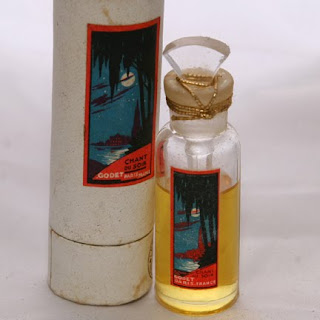 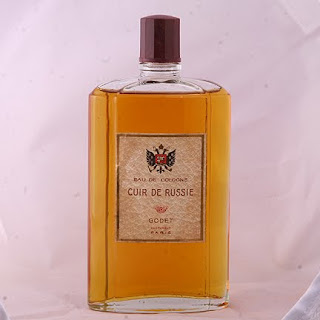 (images: the european antiques store)
An incomplete list of the perfumes produced by Godet include: the popular and long lived Sous Bois in 1908 is possibly the earliest release, unless the notation I found for a Lilac Erasmic in 1900 is true. Concentre de Violettes followed in 1909. In 1911, Parfum d' Ambre, Envois de Fleurs and Tresor de Jasmin. In 1913 the singular Jerusalem and another called Marcinah. In 1919 was Cyclamen Fleuri, then in 1921 one of Godet's best selling perfumes, Petit Fleur Bleue- this one was later rebranded "Odeon"- and also in 1921, a Cuir de Russie was released.  In 1923, Godet released the Egyptian inspired Tut-An-Kham and in 1924, Divinite and Parmi Les Fleurs. In the year of their triumphant exposition win of 1925 they created Nuit D' Amour, which was later rebranded Soir de Lune by Brecher. In 1927 came the popular Folie Bleue and also Marjolaine, followed by a series of floral concentrates including Concentre de Lilas and Concentre de Rose among others. Chant de Soir is another unlisted Godet but it is common to find "new" or previously unlisted examples by this house. The perfume titled Weekend is credited much later, 1953, but this almost seems to be a hold over of an earlier time. I also own an example of an unlisted Godet perfume complete in it's lovely white leatherette presentation box. 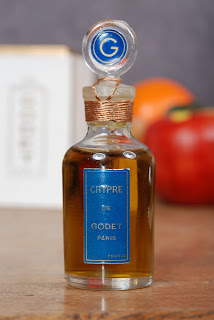 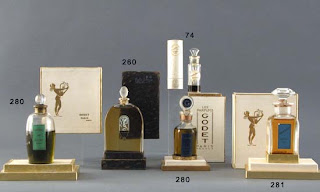 (images: my collection and Coutau-Begarie)
Mine is simply "Chypre" and from auction records it is listed as a 1920 release. I was lucky to cut the cord on it and I can assure you of it's superior quality. A candy-sweet bergamot and lemon opening with a dry and light herbal tint (from heliotrope, the petit bleue fleur?) is followed by something simultaneously rich, sweet and light.  The florals have perhaps a touch of violet and the perfume has a soft powdery note within it- which given the big success of their early powdery creation titled Ma Poudre in 1911, makes some sense, if the house had consistent themes running throughout their creations. The oakmoss and labdanum base of this Chypre is clean, yet pronouned with maybe a bent toward woodiness, rather than leather or patchouli. Overall it is a sublime and tender perfume, not too spicy and I think very well preserved. It does not throw huge sillage, but has good longevity, which is only another sign, along with the character of the opening, that indicates this Godet was produced with only top quality in mind.
I wish I could give you reports on the character of other Godet perfumes but they are truly uncommon. Prices and condition for Godet perfumes vary from just a few dollars for small vials with little contents to quite a bit more for the fancier presentations complete with box. If you fancy to look around a bit and be patient, you should be able to add something from this prestigious old French house to your collection. For myself, I am quite satisfied to have obtained an example from them for my beloved 'Chypre' collection and so now I'm on to go look for the next "new" old thing. 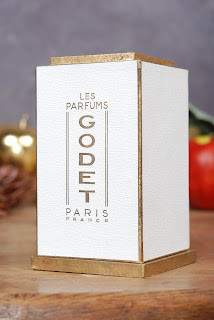 (image: my collection)
The Vintage Perfume Vault, where the scent of yesterday's vogue lives.

Thanks for this; I have been wondering whether Godet was worth collecting. Not that collecting is my main interest...wearing and enjoying is more likely, but then would I use up a cherished old perfume simply to expose it to my environment a few times? A dilemma, which leads me back down the slippery slope to collecting. I am running out of room to store things as it is...Cheers.

Glad to hear from you, queen_cupcake... I wear most of what I collect without remorse. But I also have a few I'm reluctant to open as well. Now not to downgrade another older house, but I'll ask you- have you come across anything by Lentheric? I love their old print ads & they have some magnificent bottles as well but everything I've ever tried from them has aged very poorly, so I've put off a few key purchases of wonderful (looking)things from them. I wonder if there's something to it or if it's just been a case of bad luck so far? In any case, happy hunting in the future!

amazing article and it is very useful for us thanks for sharing this with us..
perfume for women