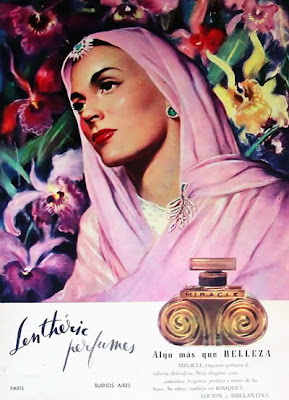 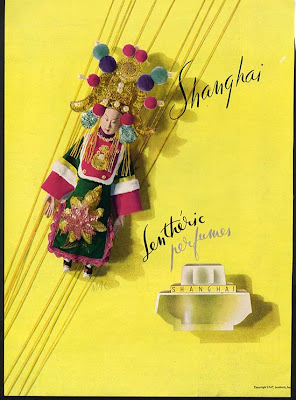 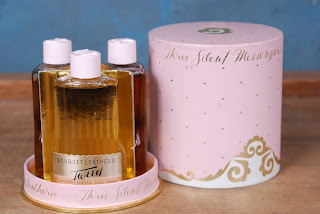 Well I did manage to pull off a small Miracle... in that I've found the time to shoot off a quick write up of a lovely trio of fragrances from Lentheric via the well advertised vintage set called "Three Silent Messangers". TSM sets were produced from the mid 1930s through the mid 1950s. The set was produced possibly as a traditional annual Holiday/Christmas promotion. You'll see many variations of the box decor some with figures (what I wish for...) and some (like mine, in pink, gold & white) rather plainer and more resembling a fancy wall paper design. The trio of scents in the TSM sets were advertised to include combinations of Tweed, Confetti, Bouquet Lentheric, Miracle and Shanghi.  But the bottles were the standard 2 ounce size, and there are other scents from the same time period and in the same bottle that were originally offered in other sets and as singles, so you may find some TSM sets that now include other Lentheric perfumes. The perfumes in the set are all "Bouquet Lentheric" which causes some confusion since that designation was apparently also the name of a particular perfume and then a term they used on all their edts or edcs, to denote the concentration of the fragrance. 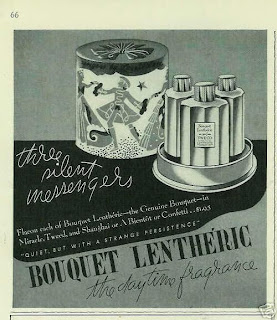 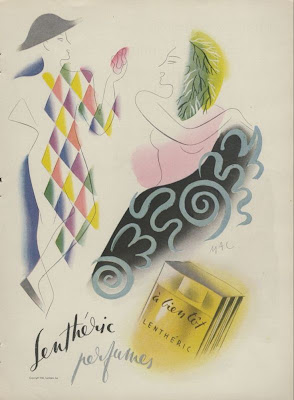 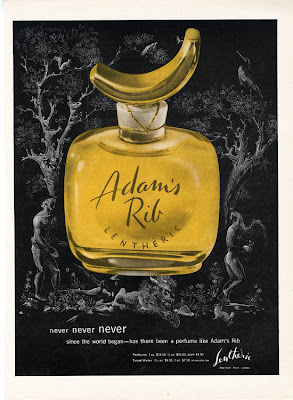 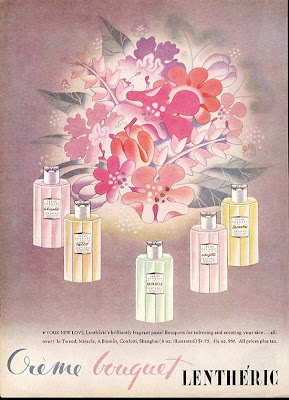 That being said, the perfumes in this set still smell wonderful and quite strongly too. I think the top notes are there, and since I've had some mixed results with "turned" Lentheric perfumes... I'm glad to be able to boast about their fine condition. Tweed is perhaps the best known and most successful of all Lentheric scents originally released in the late 1930s. It is a lovely lavender woody floral which triggers memories of Moment Supreme. It smells clean and fresh in a completely refreshing way. Confetti is also a 1930s release. It smells beautiful- herbal sweet and balsamic, a floral with powdery and resinous nuances. Miracle was released orignally in 1925; it smells a little different to me than it did when I found my first bottle that was a newer edt. My first impressions of Miracle was that it is a green-citrusy chypre type. But it smells as if it also contains some vanilla and there is a slightly metallic note that I find discordant. I can't find my other bottle of Miracle just now, so there'll be no side by side comparison of those two tonight. But as Miracle (1925) is the oldest of the three, I'm thinking this one is a reformulation. And I'd still love to try Miracle in a parfum just in case (as I'm beginning to suspect) that the version I have right now is a fragile beauty, marred. 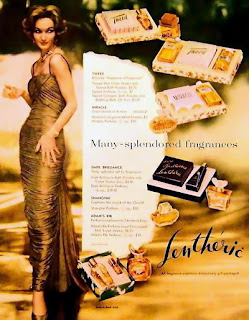 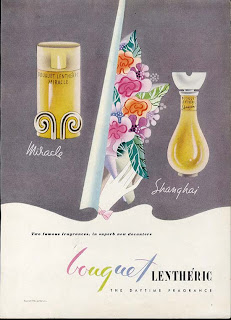 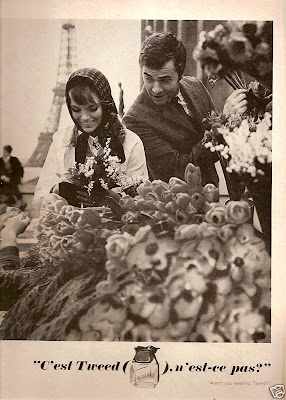 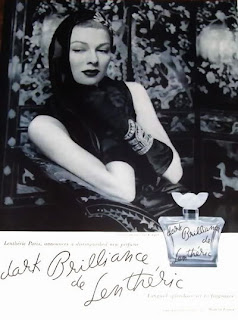 Tweed was Lentheric's biggest hit. It sold well for years and years and probably financed the creation of many other Lentheric creations. It's not a "big" scent, and maybe not even a traditional "date night" scent. But it is the type of scent you practically can't overapply and I'm hard pressed to imagine anyone finding it objectionable. It smells youthful and spontaneuos, fresh and uncomplicated, modern and a little unisexy, easily worn in the workplace, dressed up for dinner with the parents and relaxed enough for a sweater-and-pearls type of girl on the weekend. It's musky base and herbal cologne-like top makes me believe that even a man who doesn't like perfumes on his women would have like her in Tweed. 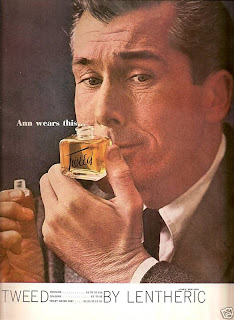 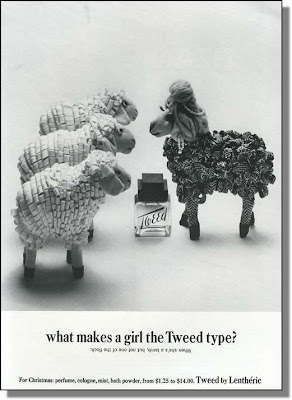 Lentheric is another one of those venerable old French houses that survived for many years and endured several change of hands in its time. Today it is alive but in name only, a new Lentheric that doesn't do high end perfumery but mostly cheap men's and women's body sprays in big bright printed cans (a few are also that are offered in EDP as well).  But in the beginning, it was all different. Of course, we would have to go back to 1795 to be invited for the original opening of Lentheric. Like so many other perfume houses Lentheric began as a millinery and only a handfull of short years later the hair, make-up and perfume services were added. Over the years, Lentheric has had a long line of perfume releases. It was a prolific house all the way through the 1920s and 1930s, surviving a time when less well established or fortunate houses saw releases trickle and finally slipped away. Then in 1942 came big changes for Lentheric. The house was sold to the giant pharmacutical/chemical company, Squibb. I'm sure it was the beginning of the end for the tradition of artistry in perfume creations for Lentheric, but at the same time I think it heralded a Mad Men like era of extensive advertising campaigns, expensive magazine lay-outs and really great promotion. So we are left with a legacy of many, many beautiful and imaginative advertising images to feast on. Honestly, I love the vintage perfume advertisements almost as much as the perfumes themselves- and I can share them with you here, which makes it even better! 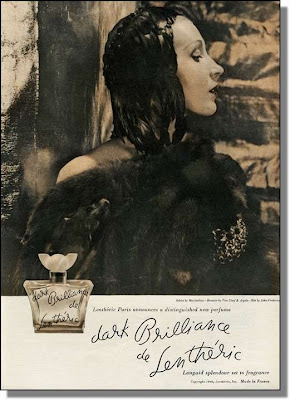 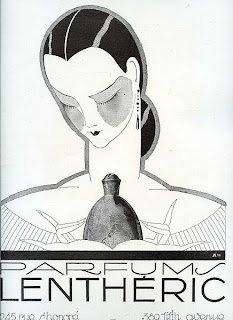 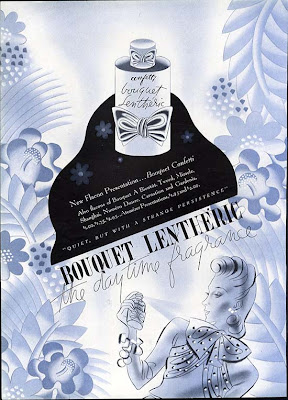 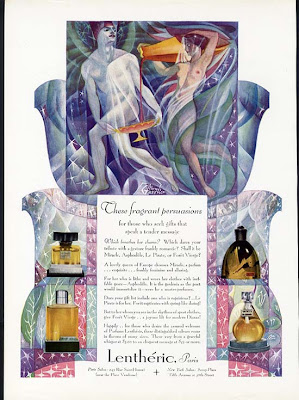 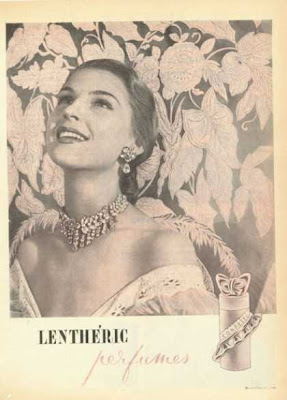 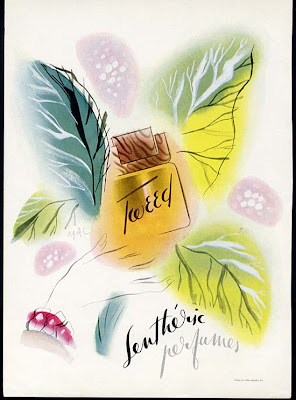 images from EBay seller Tall Palms, Vintageads4U, vintage ads browser, MagicElectron, reuegestes, devocanada, and if I missed one I'm sorry- I've been collecting these images for a while.
Posted by Amelia at 8:45 PM