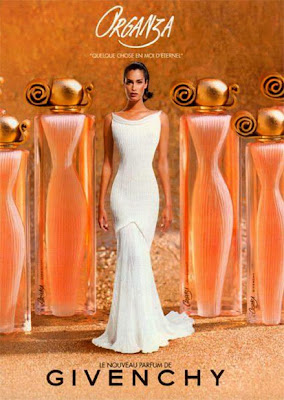 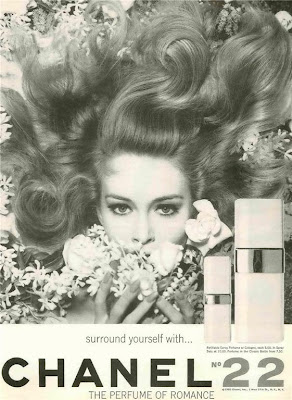 It's been quite a while since I've had time or desire to post on anything. My animus towards vintage perfumes hasn't really diminished; my time and energy has just been focused in other directions. I don't intend to hold myself silent for the entire duration of this MEd program, but there might not be much in the way of regular posting until next summer, except during holidays. It's Fall Break this week and even so we've been living on the air conditioner until a sudden and welcomed cool down today.
Today I had a sudden craving for vintage Chanel No. 22- perfume. It's a favorite of mine although usually I just scrimp and wear the vintage 1970's EDT spray version. If you know it, you'll know I'm not really scrimping. One spray takes it as far as you'd want to go, which even in this heat is from morning to overnight and into the shower the next morning. But after wearing it a couple of times recently, today I decided I'd wear a little of the actual vintage parfum instead. Off I went in search of the coffret in which it sits along with it's siblings: Bois De Iles, Cuir De Russie and No 5. I removed the dainty oval crystal stopper and dabbed; as it settled in, the old magic returned. In this little vial the incense and vanilla of Madame Coco's true genius of a numbered fragrance have happily married the aldehydes have quieted down a bit. And it strikes me that there is something very similar between this Chanel creation and Givenchy's original Organza.
You see, I've been smelling Organza a lot lately. We've just purchased an older home in the country- the sort I've always imagined, by the way, but the point is that we bought it from a lovely lady from Spain, named Silvia. Now Silvia reminds me of what a world war II movie star would look like today, tottering on tiny high heels, surrounded by a cloud of blonde hair, long eyelashes and a generally regal bearing. From the first moment I met her, I thought she smelled really wonderful... very elegant and refined but maybe with a little hint of bombshell, too.
Generally I'm a little shy to ask new people about perfumes, but I really wanted to know what she was wearing. It was just like when you catch just a little bit of a melody when you're not really expecting it-suddenly I couldn't place a familiar scent. So finally I asked her what she was wearing and she replied, "Oh, something my husband bought for me; it's all I ever wear... it's by Givenchy... Organza, I think." But now I realize when she said it, I was expecting her to tell me it was No 22! Maybe other people have noticed the resemblance but I never did before. I even went home and discovered it's the sandalwood. I think. Sandalwood isn't something that hits you over the head with No 22 but over time I realize it's the thing that draws my nose back into the coat or scarf after I've put away after wearing it... Now I have another sleath sandal perfume to add in my arsenal, cloaked in a fine, but rich harmony of orientalized florals, just the way I tend to like them!
The Vintage Perfume Vault, where the scent of yesterday's vogue lives.
Posted by Amelia at 5:39 PM

Glad to see you back!

I had not thought of a connection between No 22 and Organza. Hmm. But of course, you've got me thinking...shall go try a wrist-to-wrist and see what comes out.

Hi ScentSelf! Glad you're still checking in from time to time... Let me know how your comparison works out. Oh, and blame a typo for the confusion- I meant to say MEd! Which is a Masters of Education (special education in this case!)

I LOVE Organza, but have yet to get my hands on the elusive No. 22, dang it!